The Mario Cuomo Bridge, a two-tier cable-stayed bridge, that crosses the Hudson River has officially replaced the Tappan Zee Bridge in 2018 (TZC, 2014). In collaboration with five industrial builders, the new bridge is designed to be safer by widening traffic lanes, introducing a cashless tolling system, and adding bicycle and pedestrian walkways. This multi-billion-dollar project is designed to better serve commuters between Rockland and Westchester counties in New York. From the procurement process to finally opening the bridge, a lot can be learned from the risks and quality of the builders. This research will focus on these aspects, as well as the communication and business execution of the builders during the process of connecting a modern bridge from Nyack to Tarrytown. 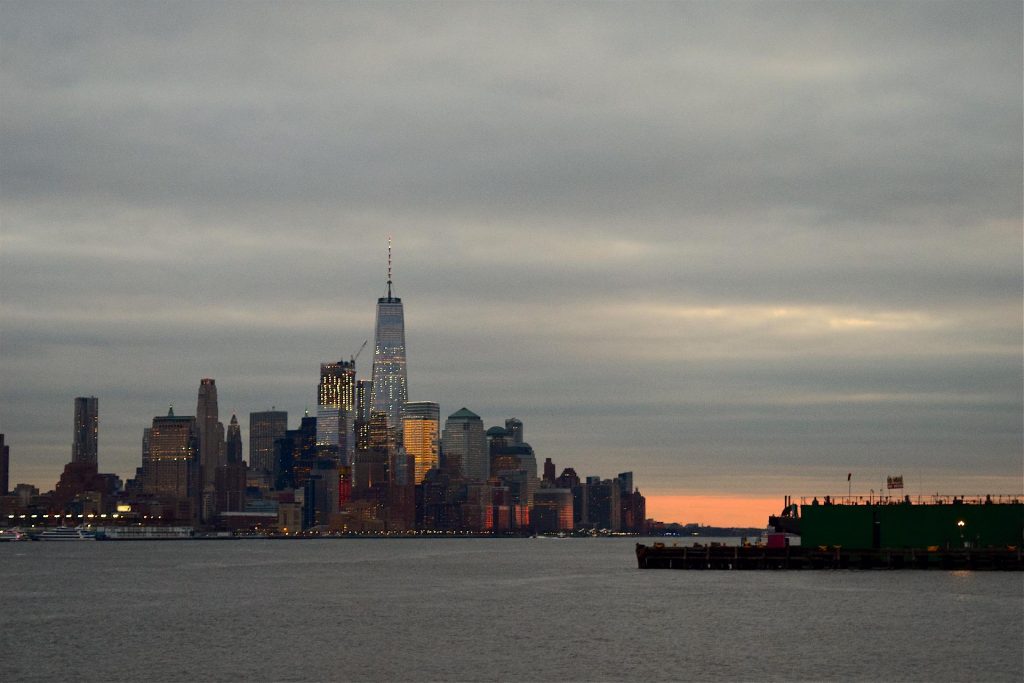 Before the Tappan Zee Bridge was built in the early 1950s, commuters from upper Bergen county, New Jersey and Rockland county, New York did not have many ways of crossing the Hudson River without trudging through a long commute to the George Washington Bridge. Once the Tappan Zee was built, it was able to assist the connection of the NY Thruway (Route I-87) & Route I-287 to bring commuters across the Hudson only 14 miles from The Bronx. However, as times have changed, so have needs. The Tappan Zee was a simple 7 lane bridge with a moveable barrier. Due to high traffic demands, and some minor structural concerns, a replacement bridge was deemed necessary in 2017. The New Mario M. Cuomo Bridge was presented and approved. The $4 billion structure would be able to withstand 4 general purpose traffic lanes on each side, 2 HOV lanes, dedicated pedestrian and bicycle paths, and lighted seating areas, called “belvederes” with Wi-Fi capabilities (Barbas & Paradis, 2019).

The Mario M. Cuomo Bridge is a 3-mile long cashless toll bridge connecting Rockland and Westchester counties in New York. It is a design-build structure built by Tappan Zee Constructors, LLC (TZC) and federally funded. Construction began in 2013, and fully opened to traffic in 2018 (Plotch, 2018). The Tappan Zee remained opened during the construction so as not to inconvenience travelers, and soon after the new bridge construction was complete, the demolition phase began. The main reason behind the replacement of the Tappan Zee was due mainly to age and structural deterioration.

In any project, there are going to be some risks. If we were to look at the width of the Hudson River from any city within Hudson County, New Jersey overlooking Manhattan, the river is only about 1 mile. However, further north where the Cuomo Bridge stands now, the river widens to about 3 miles between Rockland & Westchester counties. Because this is a yearly long project, crews are bound to experience rough seas during the winter months. Winter storm Juno is just one example of the weather conditions TZC crews were faced with during the construction. The aftermath of Juno led teams to work around ice caps flowing through the Hudson’s current (The New NY Bridge Project, 2015). TZC and associated crews had to mitigate the inclement weather risks by scheduling activities outside of the approaching conditions. Since TZC builders’ only way of constructing is outside, the project director had to keep a close eye on the weather conditions to keep the project on track.

In regard to scale and budget, TZC workers used modular construction techniques to build the bridge’s roadways, foundation, and support structures on land. According to the New NY Bridge website, doing this assisted the crews by building in sections safely before departing to sea to connect the structures together. Some of these sections measured over 400 feet in length like, for example, the towers (2018).

The new bridge is actually cable-stayed, which means that it is supported by tension cables connected from the towers to the roadbed. Cable-stayed bridges are actually the descendant to suspension bridges—they have been around since the mid-1950s—the first built in Russia. They are very reliable structurally; e.g. the Russky Bridge has a span of over 3,600 feet and is cable-stayed. However, cable-stayed bridges disperse carry loads through cables, whereas on a suspension bridge, the main loads bear on land from each end of the bridge and carried through the “suspension” of the parabolic features of the towers; e.g. the George

Without proper communication, no team on any project can succeed. The more complex a project, the more communication there needs to be. In the efforts of building a bridge, there is a lot of liability: travelers in vehicles entering and exiting the Tappan Zee during the construction, boaters and larger ships sailing on the Hudson, and many other things to watch out for. Therefore, the TZC introduced an Environmental Compliance Implementation Plan that incorporates a Tracking and Reporting Plan focusing on communication protocols. The Environmental Compliance Manager was the primary point of contact between New York State Thruway Authority (NYSTA) and TZC to maintain communication regarding project status and environmental requirements (TZC, 2015).

TZC stands for Tappan Zee Constructors, LLC. They were the original company to build the Tappan Zee Bridge. When New York Governor Andrew Cuomo signed the Infrastructure Investment Act of 2011 into law, it gave the NYSTA and NYS Bridge Authority the authority to award capital construction projects to specific builders (Design-Build Contract, 2012). TZC,

LLC. is mainly a general contractor in charge of all aspects of the bridge construction; however, they allowed opportunities for subcontractors who are interested in working on the bridge or with TZC by inviting them to monthly orientation meetings. Further, they also offered procurement opportunities to vendors via questionnaire submissions. Procurement opportunities were posted in newsletters listing 3 months’ worth of upcoming services; e.g. masonry, demolition, signage, and rebar (NewNYBridge.com, 2014).

According to the Design-Build Contract (2012), Governor Cuomo’s intention for the bridge was to be design-built, because it is cheaper and faster. Additionally, Request for Qualifications and Request for Proposals were mandatory, and after extensive review of all the possible companies, only 3 qualified including TZC. The selection committee agreed that TZC offered the best value during their presentation and determined they be awarded the project after the negotiation process was completed. Following the contract award, the contract was then reviewed by the Office of the Attorney General and the Office of the State Comptroller for approval.

TZC designed and built the Mario M. Cuomo Bridge in association with Fluor Corp. American Bridge Company, Granite Construction, and Taylor Bros. Assisting them with the construction project, the Left Coast Lifter, the world’s largest floating crane, able to withstand massive amounts of weight, was used. Without the help of this crane, this project would not have nearly been completed on time nor within budget—in fact, this crane is known to have assisted them so well, that they were able to complete the project ahead of schedule (New NY Bridge Project, 2018).

TZC has been around since the early 1900s serving New York City and the metropolitan area with major industrial construction projects. This company is very professional in how they manage every aspect of all projects they are awarded. Not much information on the company itself is easily accessible, but it would appear that this company is more of a union and prevailing wage-type business. TZC appears to hold outreach events, and many procurement opportunities for subcontractors and vendors who are interested in working with them. However, it is not easy: there is an extensive procurement process that must be followed before being selected (Fig. 1). 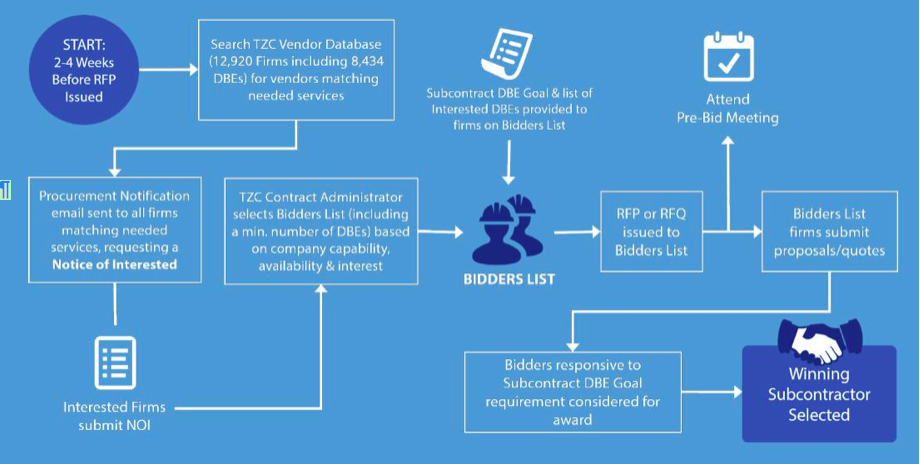 TZC’s outreach events do appear as if they may help subcontractors and vendors get their foot in the door. These events are typically public meetings that review progress and explain any exciting news in current projects. They also hold Q&A sessions for those interested to speak with project leadership and executives.

The construction of the Mario M. Cuomo Bridge is a marvel that will service New York traffic for 100 years or more. The practices and execution by TZC to build the structure alone is fascinating, especially by use of massive cranes designed to lift girders in excess of 1,000 metric tons. The attention to detail in design and quality is something to be emulated for all future bridge projects, and, as an added incentive: the lighting, belvederes, and other amenities offered to visitors makes this bridge more than just a bridge—it is, if anything, a point of interest—a landmark. The modernizations the Cuomo bridge offers to travelers is all the more a reason for people to drive by and cross: cashless tolling, improved roadways, and scenic views.

Though construction is more of a timeless occupation, this business sector can also benefit from the impact of stronger technology. This clear fact is an understatement when looking at this bridge. It should be everyone’s hope that as the world gets older, other cities will look to New York for inspiration on building new bridges. These bridges do more than just get people from point A to point B; they are a reminder to the world that bridges connect all people regardless of destination.

Mr. Brian Hoicker has worked in the construction industry for over 6 years. He started as an administrative assistant and day laborer, then worked his way up to Project Manager. Brian has completed over 50 residential construction and renovation projects and has proficient knowledge in construction management strategies and programs.

Authorizing the Executive Director to Execute a Design-Build Contract (No. 695). (2012, December). https://www.newnybridge.com/documents/selection/selection.pdf.

Batten Down the Hatches! How TZC Prepares for Storms and Winter Weather. (2015, January 30). The New NY Bridge Project. https://www.newnybridge.com/batten-down-the-hatches-how-tzc-prepares-for-storms-and-winter-weather/.

How We Got Here Looking Back at the Project’s Unique Construction Efforts. (2018, February 14). The New NY Bridge Project. https://www.newnybridge.com/how-we-got-here-embracing-innovation-looking-back-at-the-projects-unique-construction-efforts/. 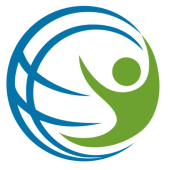